From its inaugural year in nineteen fifty the world of Formula One the dominate cars were Italian namely Ferrari and Maserati, Germans with Mercedes and the French with Bugatti. All of these cars featured an engine at the front of the vehicle with large engines that contained an enormous amount of grunt and power that pulled the cars through the corners and powered them down the straights and the then banked curves of such tracks as Monza in Italy. This made the circuit very exciting and it still remains a top stop for an F1 fan. It’s certainly worth a visit and possibly join the Italy F1 Paddock Club and get one of the best views at one of the most competitive and fast tracks on the calendar. It seemed at the time that the red flashes of the Prancing Horse would be forever locked in a competition for the top constructor and driver titles with its native cousins.

Enter then an English man whose designs and innovations would not only challenge the dominance of the two Italian racing giants it would see them descend into the doldrums for many years in annoyance and also see the end of Maserati’s involvement altogether. Chapman was a “Garaganista” according to the Italians. He was working out of a small unit and factory that could never compare to the Maranello concerns mighty production values and facilities. They were to be proved very wrong. 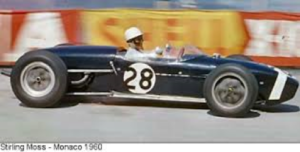 Lotus entered the scene at the end of the 1950’s with two cars that followed the standard front engine approach that Formula one car had during the time. The engines were large and powerful, two point five litres in fact, but they were not able to compete with the better engineered and more reliable Italian machines. Chapman went away and decides to redesign the whole car. He came back with a very lightweight monocoque chassis that would house the engine in the rear of the car direct behind the driver. This would place all the weight at the back of the car allowing Chapman to add newer innovations to the front. This is included the first attempts at making the car aerodynamic. The car was pushed rather than pulled along and it cut through the air quicker than the bulky red machines. Chapmans greatest new idea was the addition of rear struts to the suspension that would allow for the engine in the rear but give the car increased stability. It allowed the Lotus to enter into corners quicker and come out faster with the increased manoeuvrability. The lighter weight completely made up for the loss in power to the Italians cars and the Lotus team were to dominate the sport until the mid-nineteen seventies.

Previous Post: Choosing The Right Flowmeter for the Job
Next Post: Personalised Paper is Flexible and Worth the Price